Immersive Dance Films
The first interest of cinema was in recording movement. Cinematography derives from Greek: kinema – “movement” and graphein – “to record” 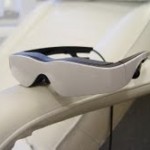 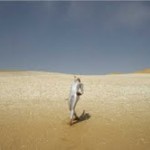 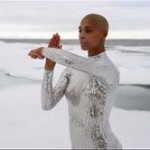 PARADISO is a series of interactive installations, expanding the cinematic experience of a dancefilm into physicality. with the levels “senses” and “spaces”. The hidden dancer’s and the camera’s movement paths are attached to the viewers position and perception.

In the first level of PARADISO – senses, presented at 18th and 19th February at Stadsschouwburg Amsterdam, the viewer is been “touched” by the dancers movement. Actuator sensors with Electroactive Polymers give a tactile feedback on the skin of the viewer. Image, sound, wind and evaporated perfumes activate all senses: sight, hearing, touch and smell.

The second level PARADISO – spaces (release Spring 2013) connects the viewer’s kinesphere to the camera movement path of the film. Watching the dancers movements in the film makes the viewer moving. Finally the viewer generates a custom “physical montage” of the PARADISO footage.

PARADISO is the last phase of the film project film trilogy IMAGINED DANTE by Las Negras Productions, Imagined Hell, Imagined Purgatory and Imagined Paradiso. This project is inspired by choreographers Emio Greco and Pieter C. Scholten and their own trilogy of Dante’s trilogy, Inferno, Purgatorio and you Para | Diso.